On 24 September 1970, the USSR’s robotic sample return mission, Luna 16 returning 101g of Lunar Soil to Kazakstan from where it had departed for the Moon almost two weeks earlier. Following Apollo 11 in July and Apollo 12 in November 1969, Luna 16 was the third mission to return lunar sample to Earth.

On the 50th anniversary of Luna 16 parachuting down to Earth, documents, (in Russian but Google Translate does a pretty good job) videos, illustrations and photos were made public on 24th September 2020. Direct link to archive here. In total, the USA brought back 380kg of lunar soil and rocks in 6 crewed Apollo missions and the USSR, 301g in three robotic missions. A summary of all the lunar sample return missions below.

To commemorate the 50th anniversary of Apollo 11- reposting this 10-minute interview with Buzz Aldrin recorded on 30 April 2008. This was originally posted as episode 12. Some of the topics we spoke about were

Dr David Baker has been involved with the USA since childhood. First attending a US school in England and then studying in the US under a scholarship program sponsored by Senator Clinton P Anderson. He returned to the USA and worked for NASA on various programs from Gemini to the SpaceShuttle. He was present in mission control in 1970 and witnessed the drama of Apollo 13 first hand.

He joined the British Interplanetary Society in 1965, published his first article in the society’s journal Spaceflight in 1969 and since 2011 has been the editor of that very journal -Spaceflight. To date, he has published a remarkable 110 books by the close of 2018 with a few more in the pipeline for 2019 to mark the fiftieth anniversary of Apollo 11.

In this episode, we talk about the current status of the space programme in the US and the changing role of NASA. 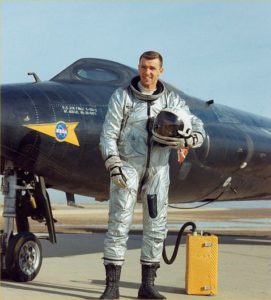