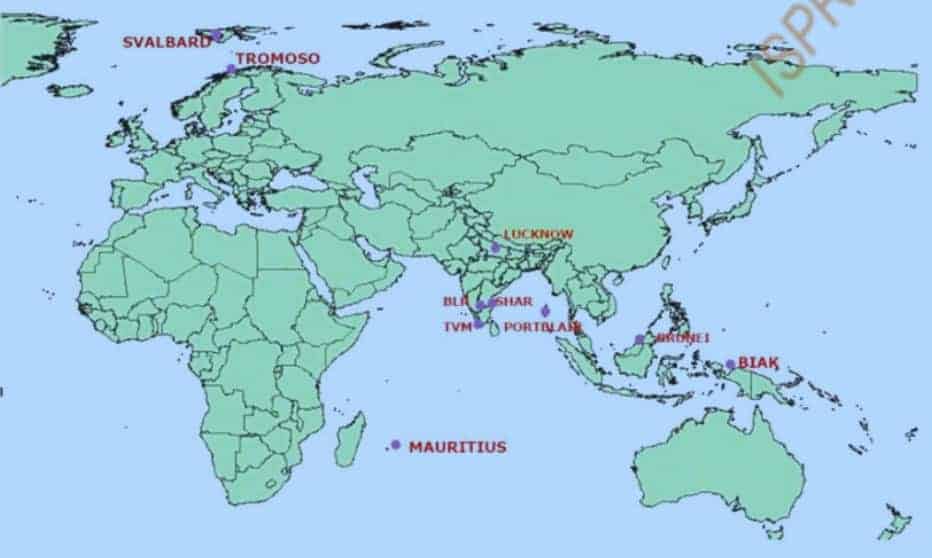 India’s space program is now over half a century old. During this time its Infrastructure has evolved. This episode looks at the current communication capabilities used to support space vehicles during launch, in Earth orbit or on a interplanetary missions.

ISRO has an extensive network of ground stations on the Indian mainland, off-shore and neighbouring countries (Mauritius and Fiji) and collaborates with Norway, Russia, USA and European countries for mission specific needs. ISRO also has ship borne resources it deploys to meet individual mission profiles.

‘s flagship deep space antenna is the 32m fully steerable dish at Byalalu close to Bangalore. It was established for the 2008 Moon mission and has been the primary resource for communicating with its Mars Orbiter Mission. Byalalu is also the central site for India’s Regional Navigation Satellite System IRNSS due to come in to full operation in 2016.

This conversation was recorded in March 2014 with the then director of the ISRO Satellite Centre SK Shivakumar who had been project leader that established the 32m antenna.