One of the earliest characteristics of human civilisation (large populations living together in organised cities) was the creation of rules or laws that everyone who lived there agreed to abide by.

The 50th anniversary of first humans to visit the Moon is celebrated later this year. In 1968 it was pretty much just two countries and a few space missions per year. Today, over 70 countries have something in the way of a space programme and along with a blossoming private space sector, space is likely to become very busy in the next decade or so. This surge of space activity will determine how the laws in space will apply and begin to set the scene for human civilisation beyond Earth.   On earth, most nations follow international laws most of the time.

International rules for operating in space were defined by the UN in five treaties established between 1967 – 1984.

How will these laws fair in space? For example, will all governments

These are some of the questions I discuss with  Bayar Goswami, a Doctoral student at the Institute of Air and Space Law, McGill University (IASL) in Canada. A TedX speaker, Bayar has an interest in space as well as law and I started by asking him what came first.

The distinction between terms, such as signed, ratified and accessioned, is described here. A status of which nations have signed which treaty is maintained by the UN here. A summary of the five treaties is available here. 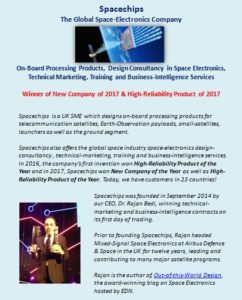 Located about 80km from Chennai on India’s east coast, Satish Dhawan Space centre is used by ISRO to launch all of its satellites including those to the Moon and Mars. Also known as Sriharikota, it was established during the late 1960s but today it has a vehicle assembly building, two launch pads and a state of the art mission control centre.

In this episode, Dr MYS Prasad, the director at Satish Dhawan Space Centre describes the key services and activities that take place at India’s 21st century rocket launch complex. This interview was recorded in January 2014 and Dr Prasad stood down as director on 31st May 2015.